DEDOLIGHT LIGHTSTREAM: AT THE FOREFRONT OF POWER EFFICIENCY AND LOW POWER CONSUMPTION

Movie above: dedolight Lightstream - Areas of application
Often we are not aware that the media industry is a very important contributor to climate damage and therefore green tech application in the production world is often neglected.

The dedolight Lightstream system is the most power efficient lighting system on the market, which, in turn makes the system extremely environmentally friendly. This is the result of several factors:

(ii) Use of Parallel Beam Intensifiers which increase light output up to 500%, without drawing extra power.

In older days, lighting a small TV studio would have required between 30 and 100 kilowatt of power, with an additional 200 or 250 kilowatt of extra power for climatization. Using the dedolight Lighstream system and LED technology, we light the same area that was lit by 30 kilowatt or more with merely 970 watts of power. 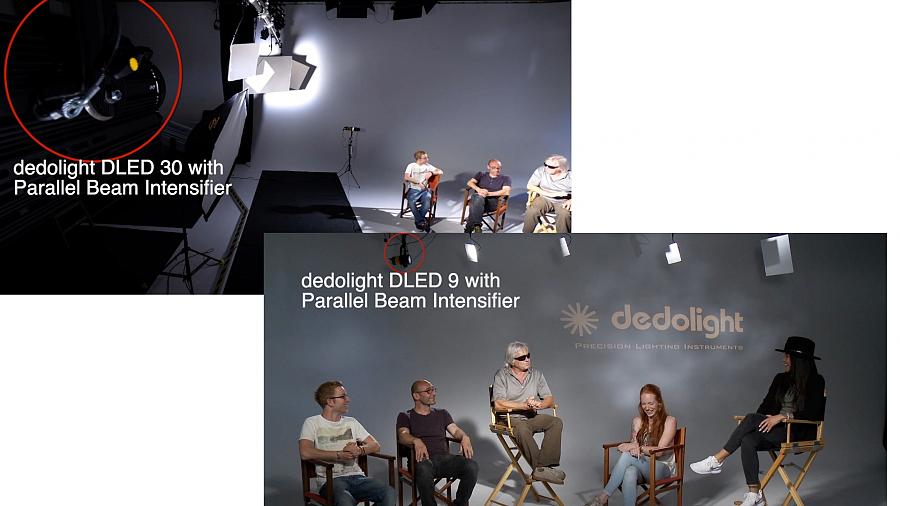 Such lighting can be mixed with additional soft lights. The dedolight Ledraptor octagon shaped soft light - available in 3, 5, and 7 foot versions, smooths the overall lighting and gives a gentle and homogeneous feeling, while still leaving the special character of the more structured dedolight Lightstream system.

With this new approach and the drastically lower wattage, the generated heat is absolutely minimal and operates with minimal need for air conditioning, or possibly none at all.